Hooks (opens new window) is an extension mechanism that lets you use state and other React features without writing a class.

For a system without adopting the Hooks mechanism in their system, the entire event processing flow (from the input of the event, to the handler and the result) is invisible and cannot be modified.

However, if we add a HookPoint to mount functions during the process, external plugins can mount multiple callback functions to form a call chain. Then, the internal event processing can be extended and modified.

The authentication/authorization commonly used in the system is implemented according to this logic. Take the Multilingual extension as an example:

Therefore, Hooks can greatly enhance the flexibility of EMQX. If we want to customize EMQX behaviors, we no longer need to modify the core code and only need to hook a function on HookPoint that EMQX provided on the specific location.

During this whole process, you only need to pay attention to:

If you used hooks in the development of the extension plugin, you should be able to fully understand these three above points, and try not to use blocking functions inside the hooks, which will affect system throughput.

Callback Functions Chain is Currently implemented according to the concept of Chain-of-Responsibility (opens new window). In order to satisfy the functionality and flexibility of the hook, it has the following attributes:

Therefore, we can obtain two program flow diagrams for the execution chain based on the two ways of handling the return value of the callback function on the chain. 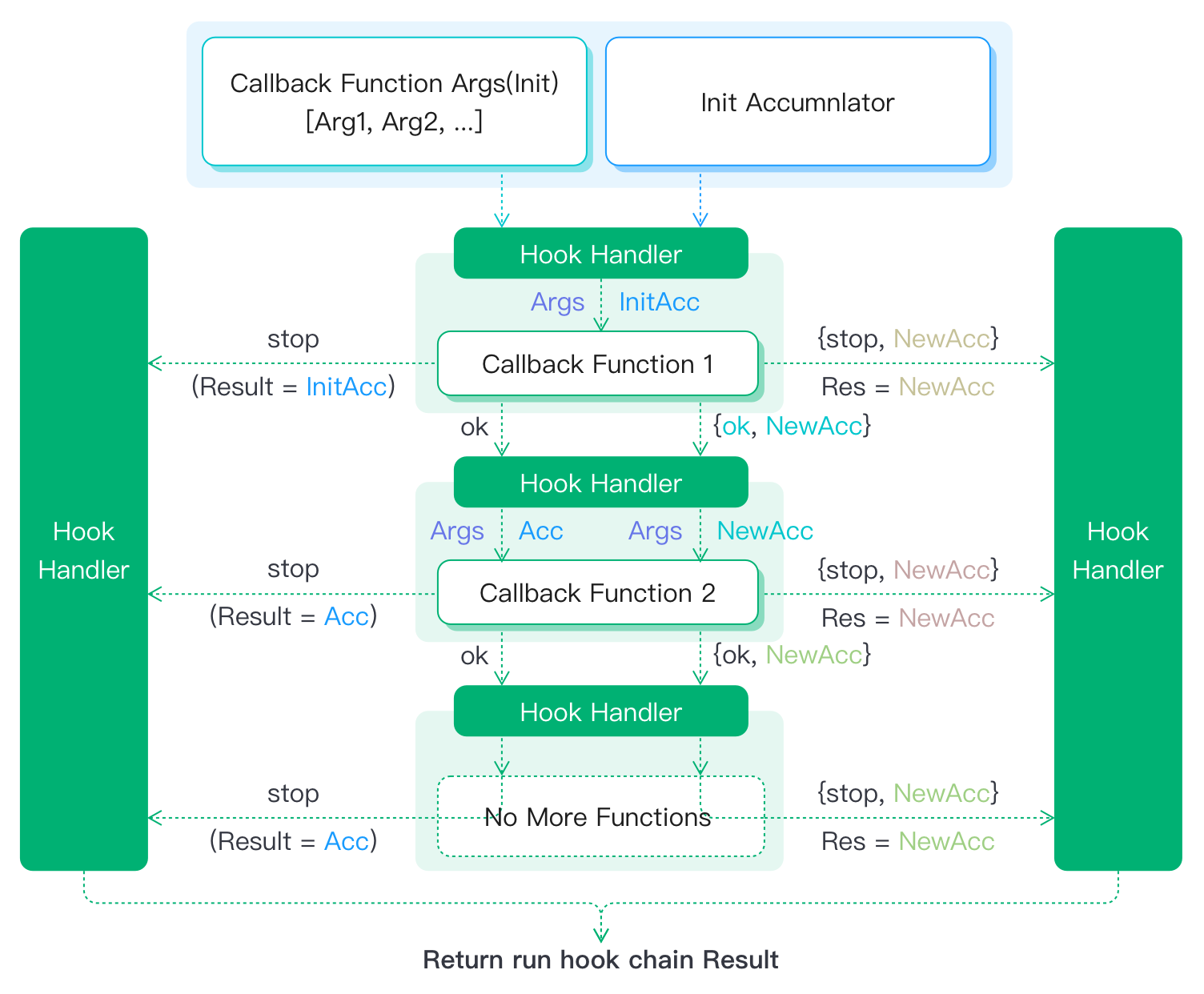 The meaning of the figure is: 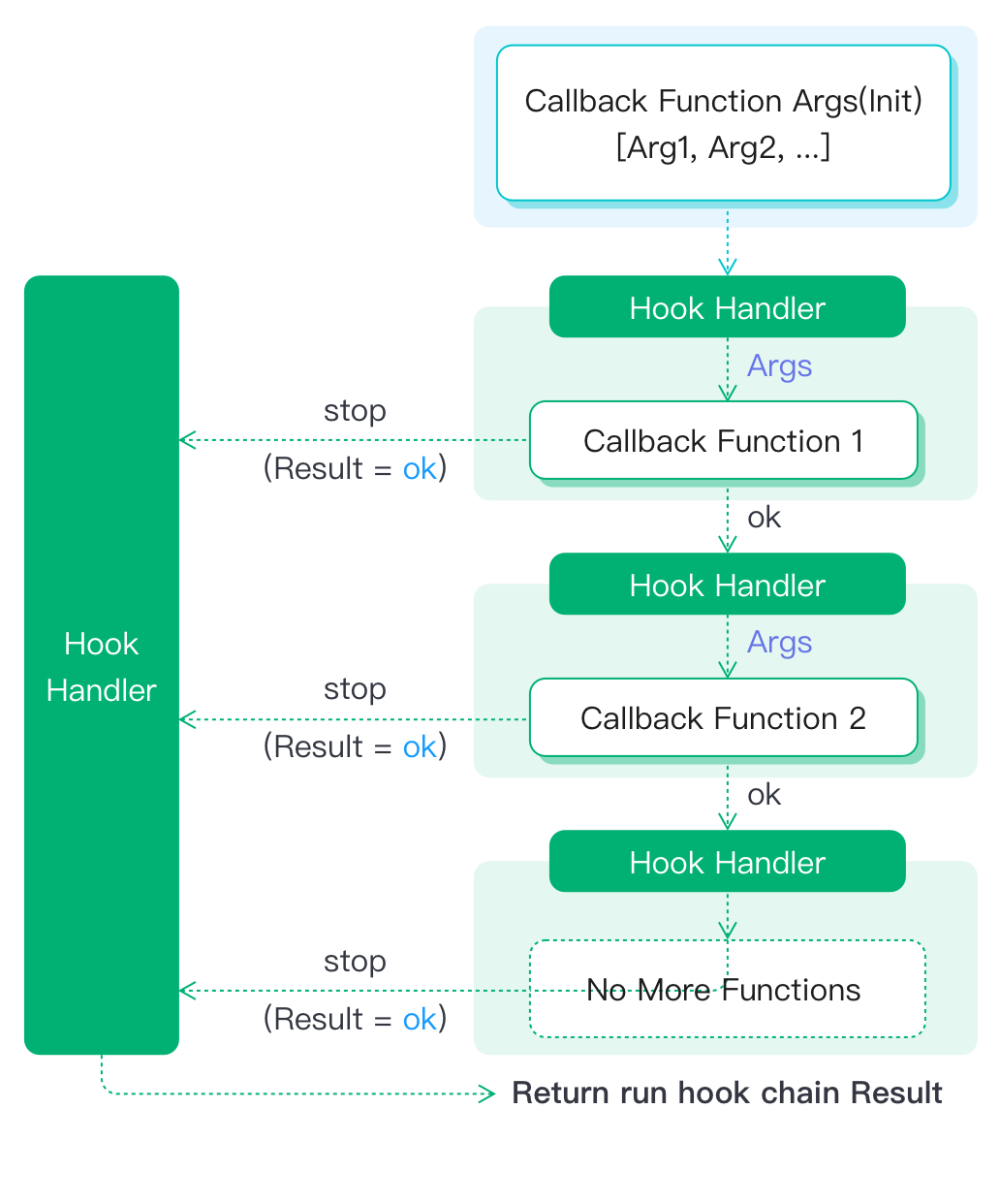 Comparing this with the first execution mode, you can see that the execution mode that ignores the return value in the chain is actually a special case of the pass return value mode. This is equivalent to the case where the InitAcc value is ok and every callback function mounted on the chain returns ok | {ok, ok} | stop | {stop, ok}.

In the following two sections of HookPoint and callback function, all operations on hooks depend on Erlang code-level API provided by emqx (opens new window). They are the basis for the entire hook logic implementation.

EMQX Broker is based on a client's key activities during its life cycle, and presets a large number of HookPoints. The preset mount points in the system are:

EMQX Broker provides an API for the operation of hooking and unhooking.

After the hook is completed, the callback functions will be executed in the order of priority, or the order of hook for the same priority. All official plugin mount hooks have a priority of 0.

The input parameters and returned value of the callback function are shown in the following table:

For the application of these hooks, see:emqx_plugin_template (opens new window)